Top 10 FUN things to do in Japan with kids

With a plethora of temples, shrines and museums, it’s tempting to think that Japan would be a bit of a yawner for the little ones. But that’s far from the truth, with fascinating kid-friendly adventures all over. Here are some of the best things to do with children in Japan. 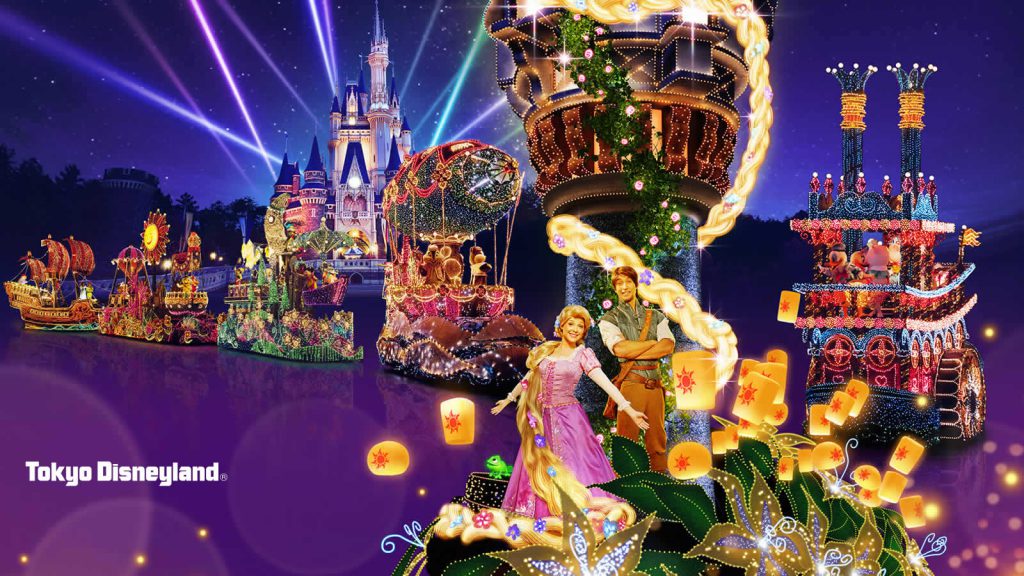 Millions of families tromp the grounds of Tokyo every year. In addition to classic Disney themes such as Fantasyland and Tomorrowland, Tokyo Disneyland features the World Bazaar, a recreated version of Main Street America. At its companion DisneySea park, you can explore places like Mermaid Lagoon, a simulated underwater fantasyland with Flying Fish Coasters and Jumpin’ Jellyfish. Adults embrace the experience as well, with cultural themes from famous waterways in Arabia, the Mediterranean, Japan and America. 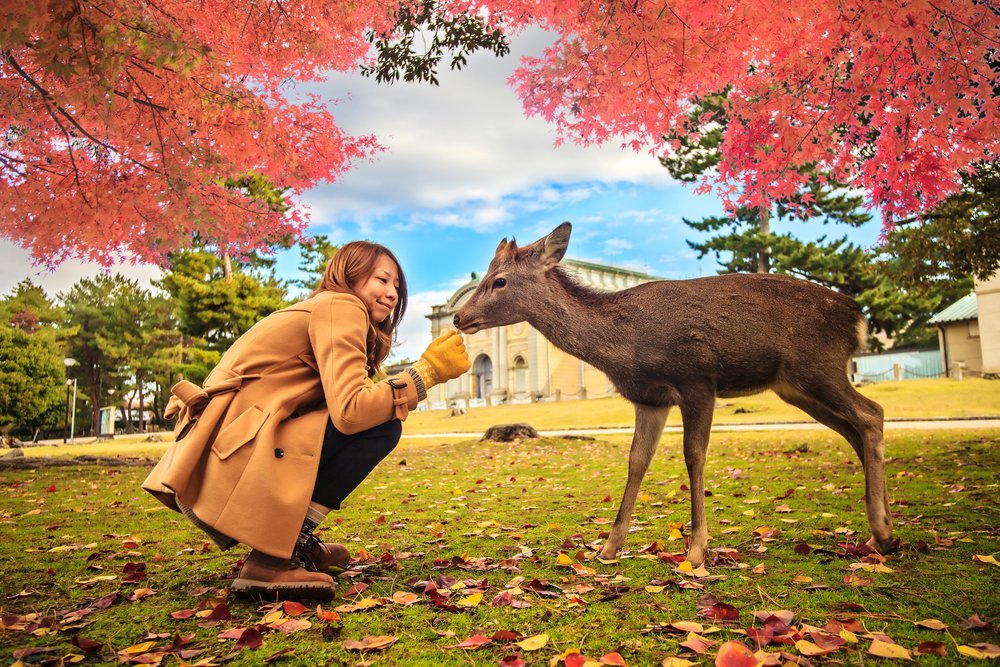 Who wouldn’t be enthralled by 1,500 wild sika deer roaming free amidst native sakura trees in a 502-hectare natural area? That’s what you’ll find at Nara Park, perched at the foot of Mount Wakakusa in Nara. Street vendors sell senbei rice crackers for feeding the deer, and rickshaw drivers offer fun rides around the area outside the park. 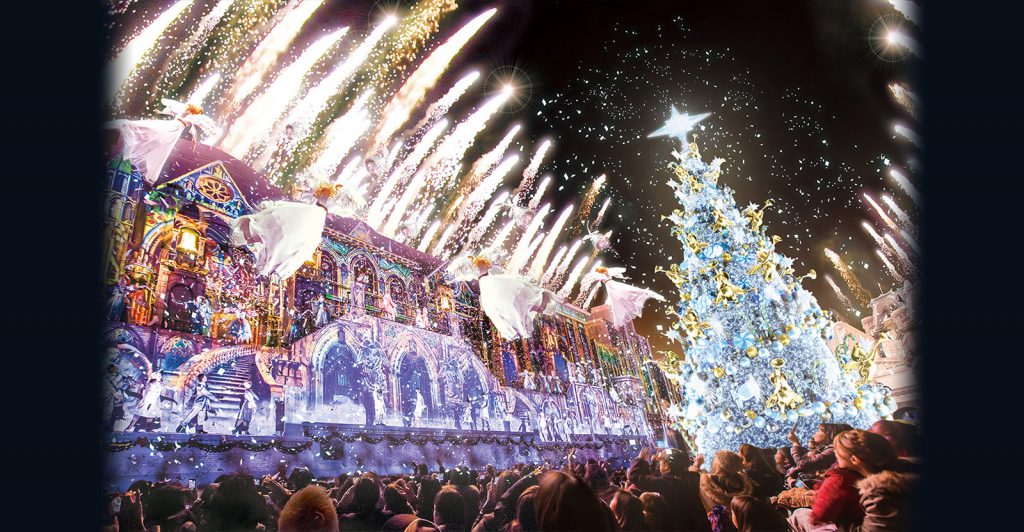 Kyoto Railway Museum pulls the kids back in time with steam locomotives, antique engines and a scale model of the infamous “Stephenson’s Rocket.” It also traces Japanese railways all the way to the modern Shinkansen bullet train. You can view the underbellies of trains and learn about railroad crossings, signal systems and pantographs. For a special treat, have a meal inside an old dining car. 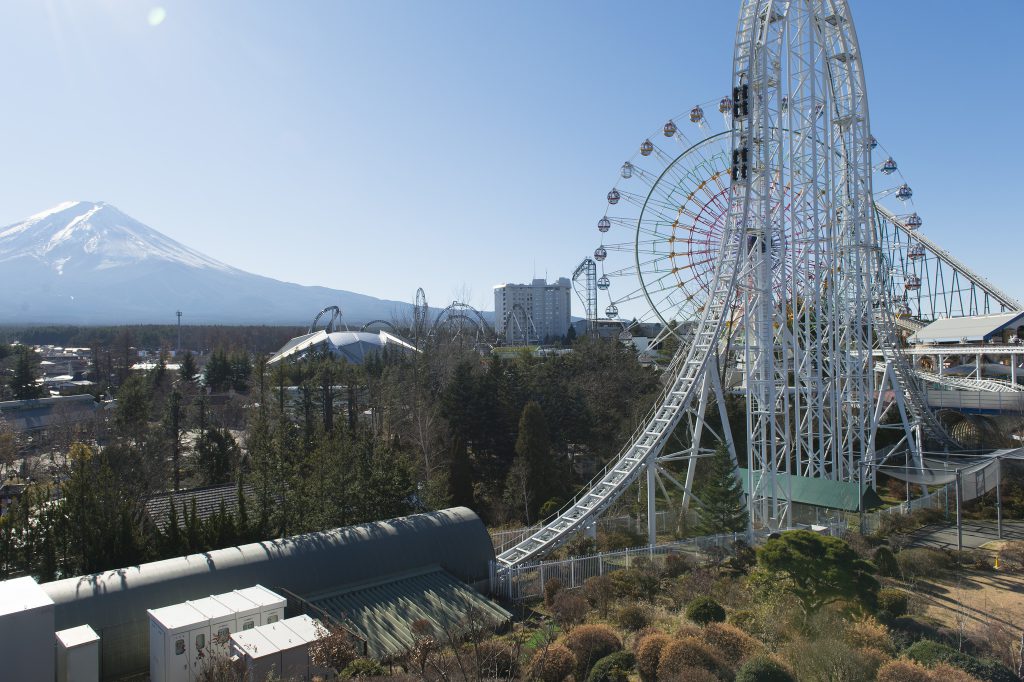 A trip to the Fuji Five Lake region in Fujiyoshida plops you down into one of Japan’s most beloved amusement parks. Fuji-Q Highland spreads across the foot of Mount Fuji with breathtaking roller coasters, anime-inspired rides, pirate ships and sky swings. Let the little ones loose with haunted houses, mazes and carnival games, as well as an entire zone devoted to Thomas the Tank Engine. 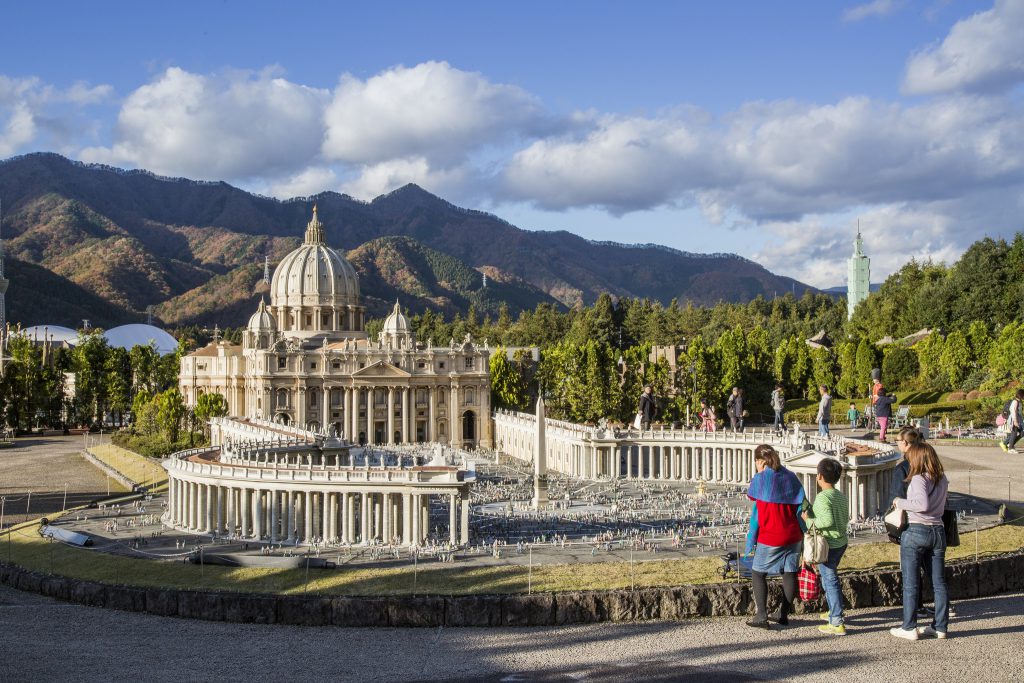 The world comes right to your feet at Toby World Square, a theme park with scaled replicas of iconic structures, simulated cities and UNESCO World Heritage Sites. Traipse the kids across the globe through separate zones, visiting sites such as the towering Pyramids of Egypt, the Forbidden City in China and a detailed recreation of New York City. The Japan Zone includes castles, temples and modern favourites like the Tokyo Skytree. 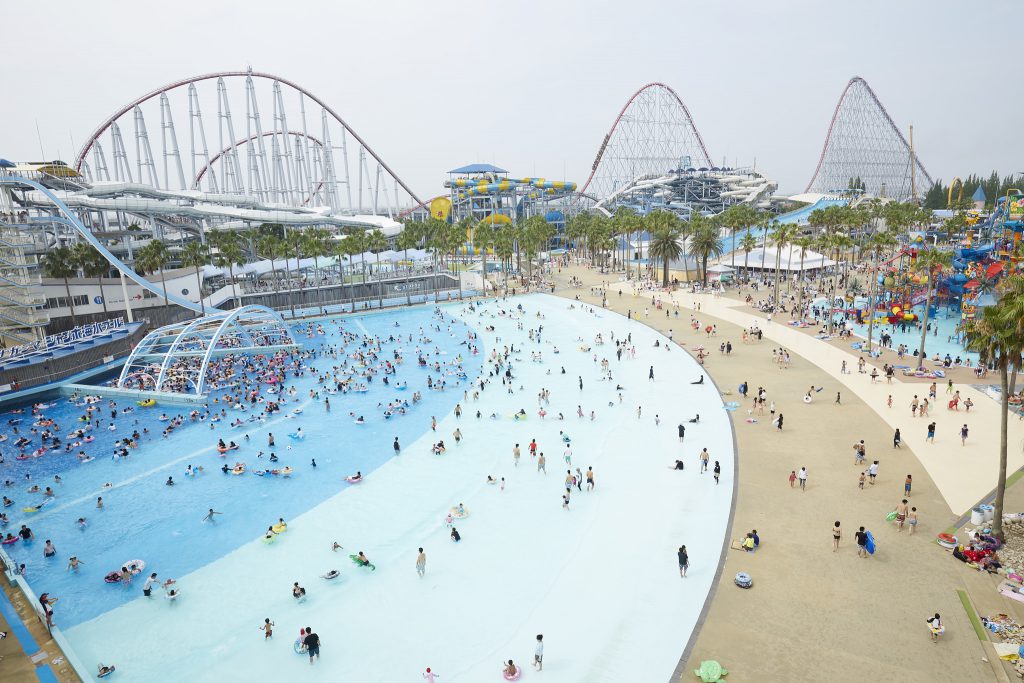 It’s five-in-one fun at Nagashima Resort outside of Nagoya, with five family-friendly leisure areas, including the Nagashima Spaland amusement park. We’re talking roller coasters with names like Steel Dragon 2000, a giant spinning Ferris wheel, a dazzling water park, and dozens of thrill-chill rides and attractions. The younger children love popping into Anpanman Museum for a deep-dive into the popular anime TV show. 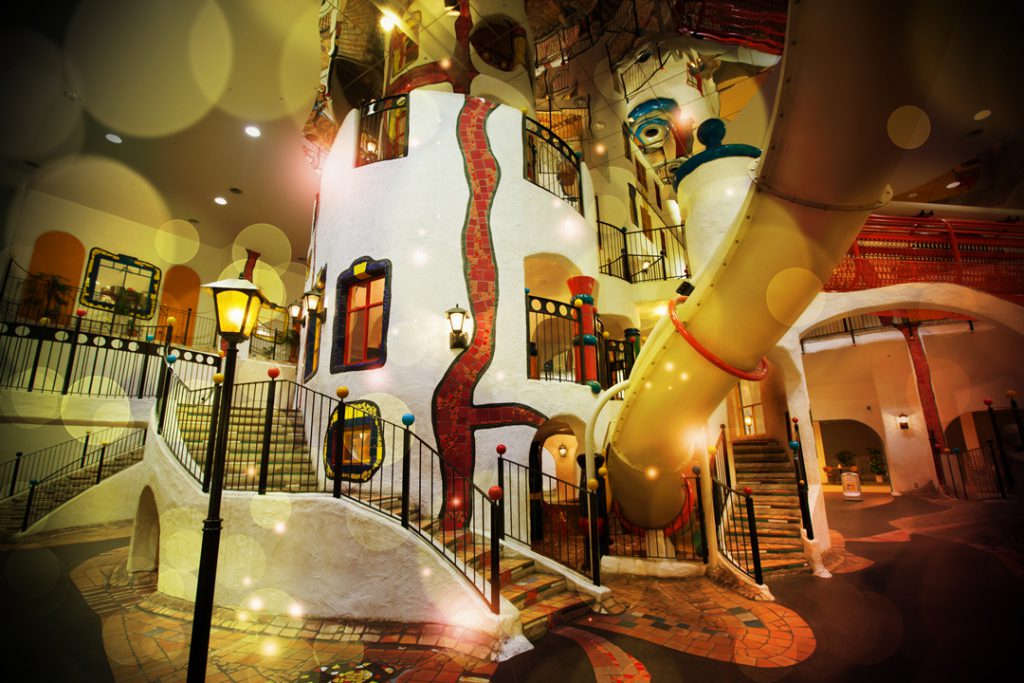 In the heart of Ogimachi Kids Park, get ready for multiple floors packed with discovery, adventure and creativity inside Kids Plaza Osaka. Interactive exhibits and workshops include science labs, party kitchens, TV studios and music labs on the Creativity and Discovery Floors. There’s even an entire make-believe city where kids can go shopping, deliver mail and become police officers. 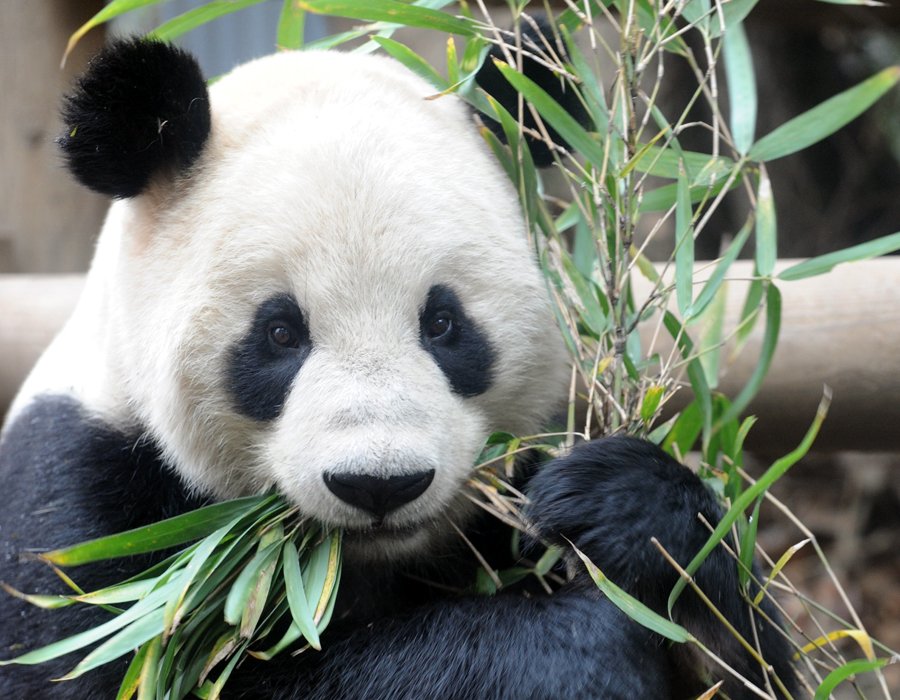 Known as a zoological garden, the Ueno Zoo is home to hundreds of creatures from across the world, housed in themed natural areas such as the Animals of Africa and the Gorilla and Tiger’s Forest. Check out the Children’s Zoo and the Vivarium, where the kids can see slithering snakes, turtles and other rowdy reptiles. A monorail runs between the elaborate East and West gardens, filled with exotic lotus plants, shrines and a five-story pagoda. 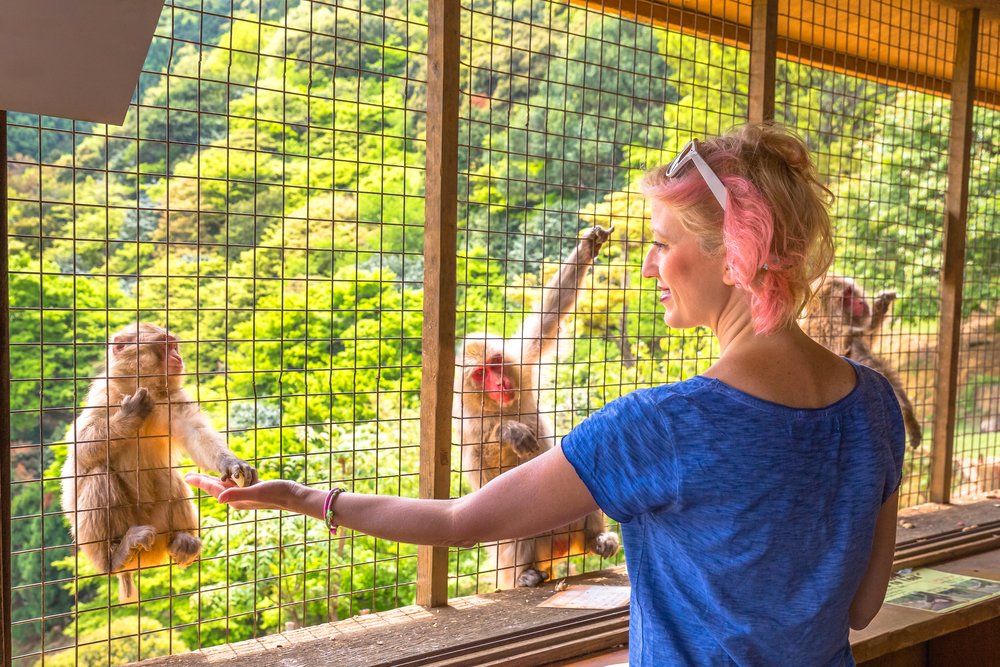 Monkeys are stars of the show at Monkey Park Iwatayama – and they know it. Even though they live in a protected nature park on Mt. Arashiyama, you’ll still see them swinging, dancing and prancing for visitors. Let the kids buy apple chunks at the park to feed the monkeys straight from their hands. If you time it right, you can see the wild and wacky official feeding hour with music and a lot of shenanigans.

Attractions, Before You Go, Japan Travel|