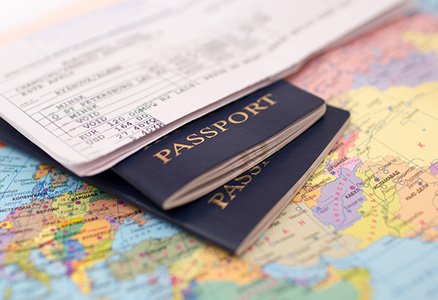 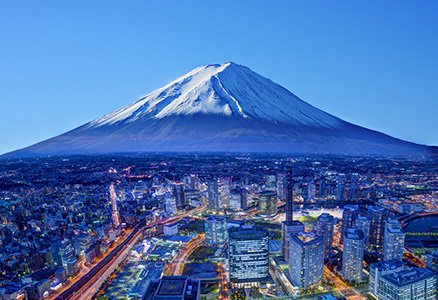 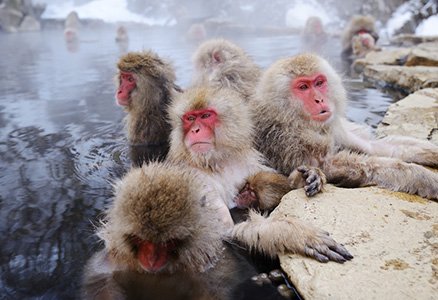 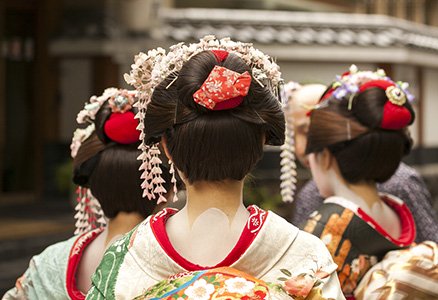 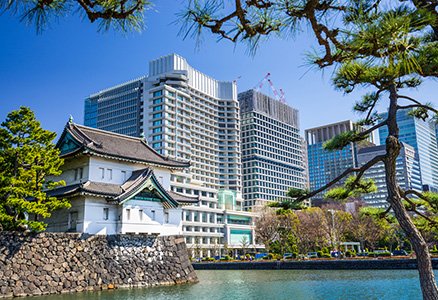 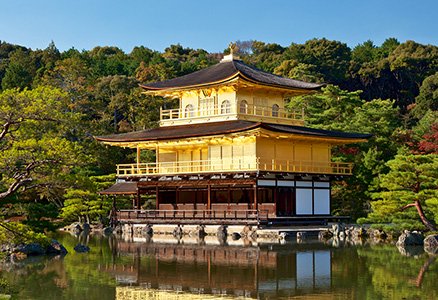 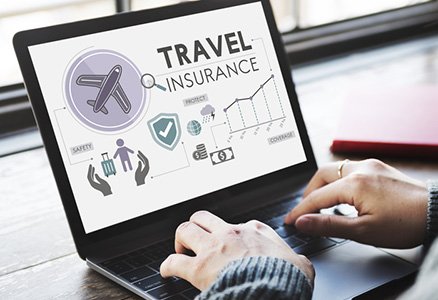 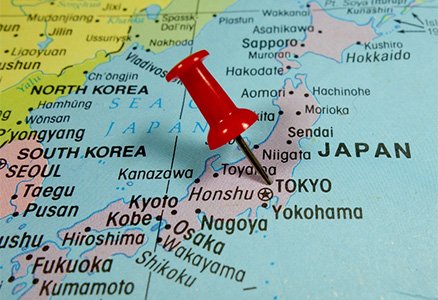 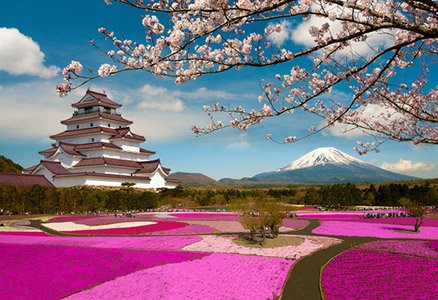 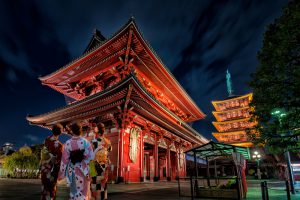 An archipelago nestled in the northeastern portion of Asia and made up of almost 7,000 islands, Japan is a country that is regarded as one of the world’s top tourist destinations. It is located in the Pacific Ocean and has an area of 380,000 square kilometres, roughly the same size as Germany, and is inhabited by 127 million people.

Because it has an abundance of ancient shrines, temples, castles, world-class ski resorts, a vibrant shopping and nightlife scene, enticing and delectable gastronomy, and other fun and exciting attractions, it consistently draws several millions of tourists from all over the globe every year.

You can use your Japan Rail Pass to get to every corner of Japan.

The Japanese culture is immensely rich and diverse, thanks to its long-spanning recorded history that dates back about two thousand years. It is a mixture of traditional Japanese, Chinese, Korean, and Western influences accumulated over time. All the political, economic, and social changes that it has undergone throughout its ancient, classical, medieval, and modern periods, has helped mould the culture into what it is today and the people are known for being polite, friendly, and hardworking.

The capital of Japan, Tokyo is the most populous city in the world. In the early 1500s, it was a small castle town that was known as Edo and served as the seat of the Tokugawa Ieyasu feudal government. In the latter part of 1800s, it was given the name Tokyo. Today, it is world-renowned for its wide selection of temples and shrines, entertainment venues, dining spots, and shopping districts, luring in millions of tourists from all over the globe every year.

With a population of almost 1.5 million, Kyoto is Japan’s seventh largest city and among the most highly-rated destinations in the country. It has a rich history that spans many hundreds of years, witnessing countless wars, battles, tragedies and conflicts. Between 794 and 1868, it was designated as the country’s capital city and the emperor’s official residence. Today, it is home to a long list of World Heritage temples and shrines that attract crowds of locals and foreigners all year round.

Considered to be one of Japan’s most important metropolitan areas, Osaka has served as the centre of the Kansai region’s economy for several centuries. It is currently Japan’s third largest city, with a population of more than 2.5 million people. It has a lot to offer when it comes to shopping, entertainment, cuisine, arts, sports, media, and culture, with it being home to some of Japan’s best stores, arcades, theatres, stadiums, restaurants, bars, and historical attractions.

Located in the northern island of Hokkaido, Sapporo is the fifth largest city in Japan. It is relatively young compared to the country’s other big metropolises as it only started undergoing major development during the start of the Meiji Period (1868-1912). It first achieved world recognition in 1972 when it hosted the Olympic Winter Games. These days, it is best known for its excellent ski resorts, top notch beer and ramen, and the Sapporo Snow Festival every February.

Winter time in Japan sees many tourists heading north to ski and snowboard on the mountains of Hokkaido. The region offers several choices of highly-rated ski resorts that promise fun and thrilling snow adventures, as well as breathtaking views of the white-capped alps. Furthermore, it also holds various festivals, such as the Sapporo Snow Festival and Otaru Snow Light Path Festival in February.

In other parts of the country, illuminations like the Sendai Pageant of Starlight in December, Hiroshima Dreamnation from November to January, Kobe Luminarie in December, and Osaka Festival of Light from December to January are also highly anticipated.

Spring – March to May

In Japanese culture, cherry blossoms, or sakura, symbolise life and honor, so the Japanese, as well as foreigners, welcome the blooming of the cherry blossom trees with wide open arms, organising trips to the finest sakura viewing spots to ensure they get the best seats to enjoy the mesmerising white and pink flowers of the Japanese cherry trees.

Many parks around Japan are home to thousands of different types of cherry trees and they become crowded with people starting late April to early May. If you are planning to visit Japan in spring, make sure to check forecasts for cherry blossom peak bloom times to get the most out of your trip.

Even though summer in Japan is quite hot and humid, tourists still flock to the country during this time because of the season’s many different exciting activities and events. There are fireworks displays almost every night to ward off negative energy, music and dance festivals, and cultural events held in various Japanese cities.

For instance, the Tokyo region holds the Summer Purification Rites in Kanagawa in June, and the International Fireworks Display in Yokohama and Sumida River Fireworks Festival in July. In Kansai, the Gion Festival, the Tenjin Festival, and the Sumiyoshi Festival in July are all great events to attend. Other notable celebrations to see are the Kanto Festival in Akita in August and the Awa Odori Folk Dance Festival in Tokushima in July and September.

The months of September, October, and November are a peak tourist season in Japan as viewing of the colourful autumn leaves is a popular activity. The country offers numerous spots to view the autumn foliage, most particularly in areas close to the mountains, castle gardens and parks, and temples.

Sushi is probably the most recognisable Japanese food around the world. Traditionally, it was made using only pickled fish and vinegar. Today, it is made of different kinds of seafood (such as octopus, eel, shrimp, and tuna) and frequently topped on rice, mixed with vegetables, and sometimes wrapped in dried seaweed. Some of the most popular ones are nigiri, temaki, norimaki, and gunkan.

Introduced by the Chinese, ramen is a traditional noodle soup dish that is widely consumed in Japan as it is very affordable and easy to prepare. It is served in various restaurants and food stalls all over the country, and it is prepared by combining ramen noodles, soup base, and various Japanese condiments and spices to create unique flavors. The most notable ramen soup types include miso, shio, tonkotsu, and shoyu.

Soba is another noodle dish that is quite popular in Japan. It is made of thick, buckwheat noodles that are prepared either hot or cold. One basic way to prepare soba is by serving cooked soba noodles with tsuyu, a type of dipping sauce made of mirin, water, and stock. Other delicious soba types are tanuke soba, kake soba, kitsune soba, tororo soba, and tempura soba.

A type of fried dish made of cabbage and batter as base, okonomiyaki resembles a pancake with different types of seafood, meat, and condiments as toppings. It is commonly served in okonomiyaki restaurants where each table has its own iron griddle so that guests can cook the dish themselves.

Tonkatsu is a dish of pork cutlets that are covered in breadcrumbs, deep fried, and presented in a number of different ways. If served in a bowl with rice, eggs, and onions, it is known as katsudon. If prepared as a sandwich using white bread with shredded cabbage, it is called katsu sando. It can also be used as a topping to a Japanese curry rice, a dish known as katsu kare.

Prepared by cutting chicken into bite-sized pieces, skewering them, and grilling them over charcoal, yakitori is Japan’s version of a chicken barbecue. It is commonly served in yakitori-ya, a type of specialty restaurant that offers a wide selection of yakitori, including momo (made of chicken thigh meat), tsukune (meatballs comprised of chicken, vegetables, and eggs), reba (chicken liver), tebasaki (chicken wings), and torikawa (chicken skin).

Japanese curry is very popular in Japan. It is a meal that is readily available in many restaurants and commonly prepared in homes too. It is usually served with meat, carrots, potatoes, onions, and spices, and consumed with rice, meat, or seafood.

An alcoholic beverage produced by fermenting rice, sake (or rice wine), is a Japanese specialty that is quite popular in restaurants and bars around the country. It is available in different types, such as nigorizake (cloudy sake), namazake (raw sake), jizake (local sake), koshu (old sake), and amazake (sweet sake).

The number one drink consumed in Japan, tea has played a significant role in Japan’s culinary and dining history. It is widely available in the country and comes in numerous types, with ryokucha (green tea) as the most common variant. Other types of tea that the Japanese enjoy are the kombucha (kelp tea) and mugicha (barley tea).