Built for the purpose of enshrining Shinto spirits and other kami, shrines are religious structures that are found in plenty around Japan. They are used for the storage of sacred objects, not for worship, and can be small, such as roadside miniature shrines and matsuri portable shrines; or large, such as those that occupy an entire hill, with streams and forests, and consist of a main shrine and a number of mini shrines. Shinto shrines vary in design, architecture and layout.

The two most popular Shinto shrine styles found in Japan are:

With a distinctive gabled roof that is quite asymmetrical, the nagare-zukuri style is the number one most common shrine style in the country. Its roof extends farther outwards on one side, forming a porch-like main entrance. Its layout features an elevated central area, a verandah, and a small room right by the entrance.

This style is known for its very small building, usually only about 2 metres wide and 2 metres long, and a roof that is adorned with logs and billets that curve upward and are wrapped in cypress bark. Generally, shrines of this style are painted white (plank walls) and vermillion (foundation and support structures). 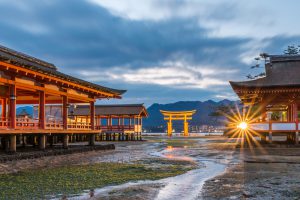 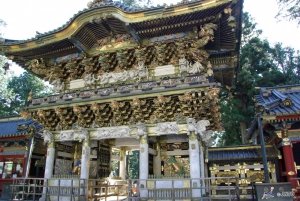 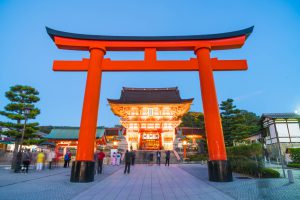 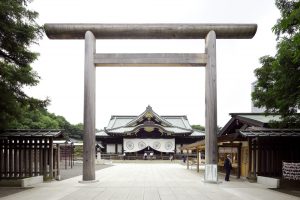 Ise City is home to two of Japan’s most notable shrines, the Geku (or Outer Shrine) and the Naiku (or Inner Shrine). The former is the enshrinement location of Toyouke Omikami, Shintoism’s guardian of housing, clothing and food and the latter enshrines Amaterasu Omikami, Shintoism’s most respected deity.

Found in Miyajima, Itsukushima Shrine is a many-centuries old structure that is one of Japan’s most important historical and cultural landmarks. It is a UNESCO World Heritage Site that is world-renowned for its torii that appear to “float” in the sea during high tide. Its complex houses a main hall, a prayer hall, a theatre stage, and several other buildings.

The location of Tokugawa Ieyasu’s tomb, Toshogu Shrine is a large complex in the forest that contains a scattering of numerous beautifully adorned buildings. This top destination in Nikko also consists of a five-storey pagoda and several gates.

The Fushimi Inari is among Kyoto’s most popular tourist destinations. It is a Shinto Shrine that is well-known for its several thousands of torii that create a trail up to Mount Inari, a climb that takes about an hour to complete.

Situated in a valley on the Yudono-san Mountain in Yamagata Prefecture, the Yudono-san Shrine is considered to be a very sacred place by the locals in the area. Visitors who go there may take the bus and walk about 200 metres to the shrine entrance. They must then cleanse their feet before entering the shrine, and are not allowed to take photographs.