Less than an hour’s travel from Tokyo, the city of Kamakura is situated on the coast, and has various tourist destinations and attractions on offer. It is dubbed as the “Kyoto” of the east because of the many shrines, temples and other cultural and historical landmarks it has. And, because it is close to the water, it has many beaches that become packed with people once summertime begins. 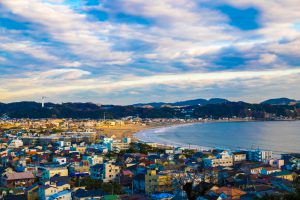 View of the city and beach 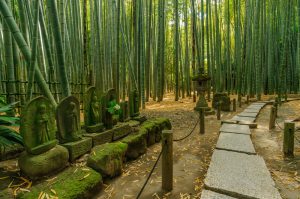 The Kamakura Daibutsu, or the Great Buddha of Kamakura, is an enormous Amida Buddha statue that is made of bronze. At over 13 metres high, this statue is the second tallest of its kind in the country (the tallest is the Buddha at Todai-ji Temple in Nara) and watches over the Kotokuin Temple grounds.

Check out the temples

Kamakura is bordered by ocean and a hilly area cloaked with dense forest. Visitors may choose among three types of trail to hike through the woods, depending on the time you have available and your energy levels:

Go to the beach

The beaches of Kamakura boast fine sand, so they are quite a popular one-day or weekend getaway destination for tourists looking to escape the adjacent busy cities of Yokohama and Tokyo in the summer. Swimming, surfing, and sunbathing are popular activities. 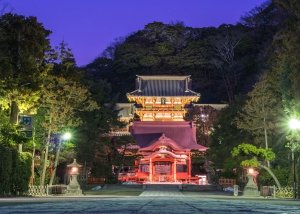 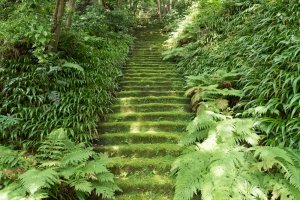 Kamakura has an electric railway service that connects the three main tourist areas of the city. It also has city buses that stop at the top attractions. And, because it is not that big, renting a bike or walking to explore the town is a feasible option.