Many of Japan’s centuries-old structures and landmarks remain alive and busy up to the present day, and a lot of them offer tourists a fantastic learning experience, focusing on how life was back in the early days.

A city facing Ishikari Bay, Otaru is a popular tourist destination in the Hokkaido region, best known for its old, traditional atmosphere. With its cobbled streets, oil lamps, and stone and brick buildings, it exudes a nostalgic vibe reminiscent of the past centuries, when the city was newly established.

A small, peaceful town surrounded by mountains, Kakunodate is an old castle town developed at the start of the 17th century. It is among Akita’s most popular destinations because of its samurai residences, all located on one street and now open to the public as museums. It also has museums, temples, and the Hinokinai River that is lined in part with cherry trees, a great spot for cherry blossom viewing.

A flourishing castle town back in the 1600s, Kawagoe is a city in Saitama that has been declared an important national district for its many historical houses and buildings. Dubbed as “Little Edo”, its architectural style and layout is similar to that of a small-scale Edo. One of its most significant landmarks is the bell tower right at the centre of the town.

Situated close the Kiso-gawa River in Nagano, Kiso Valley is a rural area that offers an abundance of natural scenery. It is found at the foot of Mount Ontake-san and is a great destination for hiking and other outdoor activities. The town consists of many sloping cobblestone roads and stone-paved paths with stone houses and buildings on both sides.

Located in the Hida region of Gifu prefecture, Takayama is a city in the mountains. It is an old town filled with narrow streets that contain traditional buildings, shops and sake breweries. Some of the old merchant homes are also open to the public.

Located in the Shirakawa-go region of Gife, Ogimachi Village is the largest village in the mountains of this area. Ogimachi successfully preserves traditional gassho-zukuri farm houses and there is also an adjacent open-air museum. Many people travel from Takayama to Ogimachi Village to experience an overnight stay in one of the farm houses. 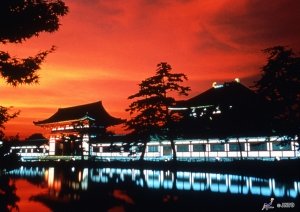 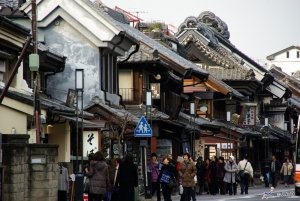 A Western-style fort that is the oldest in Japan, the Goryakaku Fort is an historical landmark in Hakodate City in Hokkaido. It was created in 1866 as the location of Hakodate’s government administration offices, handling international trade and port affairs. It is named after its pentagram shape.

Established during the Edo Period to house the Shogunate, the Imperial Palace is a large complex that consists of the Edo Castle, East Garden, Outer Garden, and Kitanomaru Park. Nowadays, it is a popular destination in autumn and spring for foliage and cherry blossom viewing.

Built in 743, the Todaiji Temple is an important Japanese treasure that houses the largest wooden building in the world, the Daibutsuden or the Big Buddha Hall, where a gigantic, 15-metre tall Daibutsu bronze statue sits. 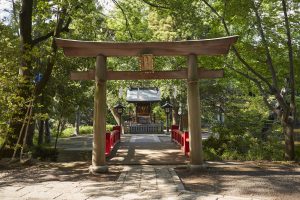 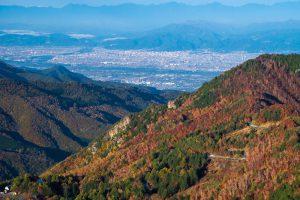 In the northeastern portion of Saga lie the Yoshinogari Remains, an area spread across hills and believed to have existed back in the 3rd century B.C. The archaeological site contains over 2,000 tombs, with pot coffins and other objects. The unearthed settlement also includes several watchtowers, high-floor storehouses, and pit dwellings that have been restored and opened to the public.

A village believed to have existed around 4,000 to 5,000 years ago, the Sannai-Maruyama Ruins are located in Aomori City. This archeological find covers a wide area, with numerous buildings, pillars, warehouses, and other structures. It has an exhibition room that features earthenware, ornaments, craftworks, and other objects that have been unearthed through the years.

According to Japanese history, the Yamanobe Road in the Nara Basin area is the oldest road in the country as it is referred to in an ancient, 8th century book called “Nihon Shoki” or “The Chronicles of Japan”. It is 15 kilometres long, connecting Nara and Sakurai, and passes by many temples, shrines, burial mounds, roadside fruit stands, shops, and houses.