There are hundreds of temples scattered all over Japan. These places of worship are dedicated to Buddhism, a religion and dharma that was introduced to the country about fifteen centuries ago.

A style that was developed sometime between the late 12th century and early 13th century, Daibutsuyo exudes grandeur and majesty. Two good examples of this style are the Jodo-ji’s Amida Hall and Todai-ji’s Nandaimon.

Created by the Zen sect of Buddhism, Zenshuyo is a style that utilises panelled doors, earthen floors, curved roofing materials and cusped windows.

Developed during the country’s Heian Period, Wayo is influenced by contemporary Chinese design. It places importance on the use of plain materials such as natural timber, and favours simplicity through minimal use of ornaments and decorations.

With the Kakurin-ji’s main hall as its best example, Setchuyo is a style that is an amalgamation of the first three styles mentioned. 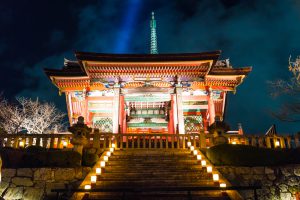 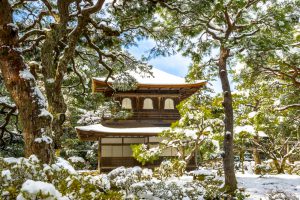 Temples in the country vary in size, layout, design and other features, but the following are some elements that are commonly found in the majority of them: 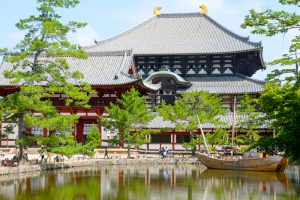 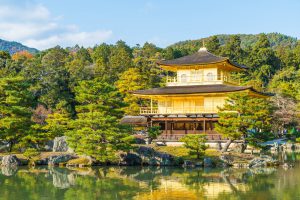 Probably the most popular attraction of the city of Nara, Todaiji is an 8th century temple that is considered to be one of Japan’s most important temples. It is best known for being home to the largest wooden building in the world — the Daibutsuden, or the temple’s main hall. It also is where one of the largest bronze Buddha statues in Japan is enshrined.

Built on a forested, hilly area in the eastern portion of Kyoto in 780, the Kiyomizudera is a UNESCO World Heritage Site that offers scenic views of the nature, with maple and cherry trees that provide amazing colours during spring and autumn.

Situated on the mountains along eastern Kyoto, Ginkakuji, also known as the Silver Pavillion, consists of a vast complex that has a dry sand garden, a moss garden, a few temple buildings, small ponds and bridges, and a number of walking trails.

Also called the Golden Pavilion, the Kinkakuji possesses a unique architectural style, with its two topmost floors having gold-leaf roofs. It overlooks a large pond and has a spacious temple grounds with several statues, pathways and a teahouse. 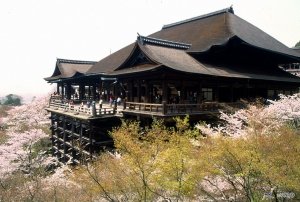 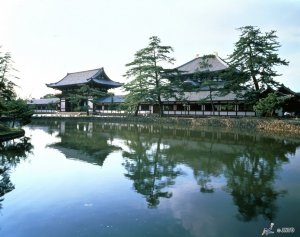