Hyogo Prefecture’s capital, Kobe, is among the top ten largest cities in Japan. It is sandwiched between the mountains of Rokko and the sea.

For several hundred years, Kobe has played an important role in Japan, being one of the first ports to welcome international trade in the 1800s. Today, the city is highly urbanised, with many high-rise buildings and structures. 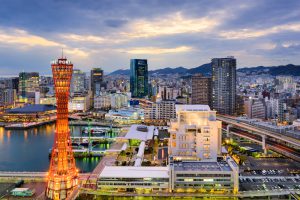 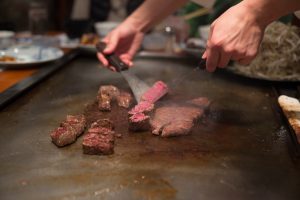 Kobe beef is considered a luxury delicacy in Japan. It comes from high quality cattle and can be served in different ways: shabu shabu, sukiyaki, steak, and others. It is available in many restaurants around the city.

Soak in a hot spring at Arima Onsen

Located on the other side of Mount Rokko, Arima Onsen is a popular hot spring town that offers top notch therapeutic natural waters. It is a great choice for a weekend or one-day getaway, just to relax and unwind.

Experience the view from above through the Shin-Kobe Ropeway

Starting from the Shin-Kobe area, the Shin-Kobe Ropeway takes passengers over the Rokko mountains, providing breathtaking views of the mountain slopes, forest, and metropolis. Once at the top station, visitors can check out the souvenir shop, café, restaurant, and nearby garden.

A traditional Japanese Garden that used to be owned by the former mayor of Kobe and was opened to the public in 1941. A beautiful garden to visit away from hustle and bustle of Kobe.

Check out the Nunobiki Herb Garden

Occupying 40 acres of land, the Nunobiki Herb Garden in Kobe is home to more than 200 varieties of herbs and flowering plants that add colour and life to this part of Mount Rokko any time of the year. It has gift shops, cafes and restaurants where you can enjoy the wide array of pleasant aromas and flavours made using the garden’s special herbs.

Kobe City Hall’s 24th floor is an observation deck that is open to the public free of charge. It offers amazing views of Mount Rokko and the city and, at night, it is the perfect place to enjoy the illuminated harbour area and Kobe skyline. 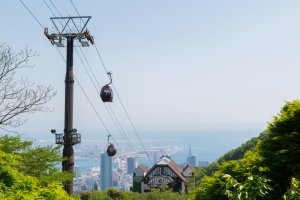 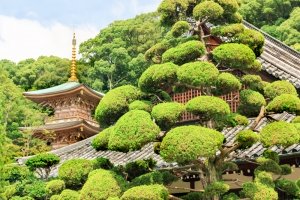 The city of Kobe consists of many railways, including the Japan Railways and a number of subway lines. It has a loop bus that serves visitors looking for a convenient way to travel from one tourist attraction to another. Because most of Kobe’s tourist destinations are not that distant from each other, walking is also quite popular.