Manga are Japanese comics that come in various genres such as comedy, sports, history, drama, action, adventure, romance, horror, fantasy and science fiction. They are a form of entertainment that started in the late 1800s and have gained popularity through the decades.

During recent years, the manga following outside of Japan has expanded significantly and, to cater to fans around the world, many popular manga have been translated into English, French, Spanish and other languages. 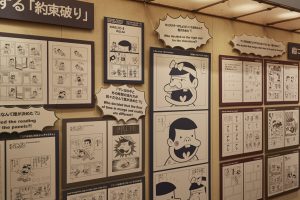 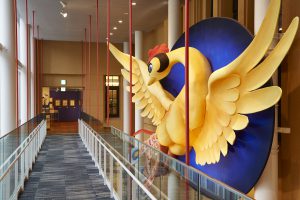 Usually, when a manga series garners a huge following, it is adapted into an anime or a Japanese cartoon series. Some notable examples are Sailor Moon, One Piece, Dragonball, and Pokemon.

There are several manga and anime events held in Japan every year. These may be special exhibitions, manga fairs, cosplay conventions, musicals and plays, and many more. Three of the biggest are:

J-World Tokyo – An indoor theme park at the Sunshine City Plaza in Ikebukuro, J-World Tokyo has rides and games based on popular Jump manga series such as One Piece, Gintama, Kuroko no Basuke, and Haikyuu.

Ghibli Museum – A museum dedicated to Studio Ghibli’s films, the Ghibli Museum features exhibits and attractions based on characters from Spirited Away, Castle in the Sky, My Neighbor Totoro, and their other works.

Akihabara – Originally known for its wide array of electronic shops, Akihabara has become the country’s otaku hub in the last few years. In addition to stores that sell various types of gadgets, it also has maid cafes, and several stores and establishments that offer manga and anime merchandise.

Ikebukuro – One of the busiest districts in Tokyo, Ikebukuro provides a large selection of shopping, dining and entertainment options. It is home to many anime and manga related shops such as Mandarake and Animate, and has also become a popular destination for manga and anime fans.

Nakano Broadway – Located close to Nakano Station, Nakano Broadway is a large shopping complex that caters to manga and anime enthusiasts. It is the place to go if looking for action figures, video games, game consoles, manga, cosplay materials, or other similar merchandise. 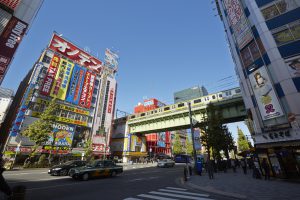