Located in the Kansai region, Nara is a major historical city of Japan. It is home to the UNESCO World Heritage Site known as the “Historic Monuments of Ancient Nara” which includes several temples and landmarks. 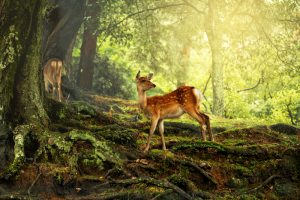 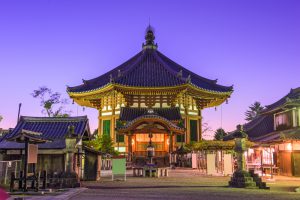 Meet the deer at Nara Park

Situated in the city centre, Nara Park includes several of Nara’s popular landmarks and attractions, such as the Nara National Museum, Kofuku-ji, Kasuga Shrine, and Todai-ji. It serves as the home of hundreds of deer that wander freely in the area. In Shintoism, deer are believed to be messengers sent by the gods.

People who visit the park may feed the deer but are advised to be careful as some of these animals can be aggressive if hungry.

Observe the Stone Buddha of Ataya

One of the must-see Buddhist attractions if visiting Nara, the Stone Buddha of Ataya is the largest in the world. Also worth seeing is the large bronze Buddha statue housed in Todaiji Temple’s main hall.

Learn at the Nara National Museum

About a 15-minute walk from Nara Station, the Nara National Museum in Nara Park is a century-old art museum that showcases Japanese Buddhist collections such as paintings, Buddhist statues, scrolls and religious items. 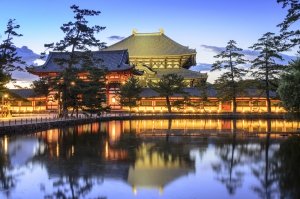 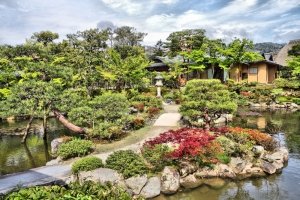 From the JR Nara station, many of the city’s attractions, particularly the ones in Nara Park, are only a 20-minute walk away. Alternatively, you may take Nara’s subway (operated by Kintetsu railways) or ride the buses (run by Nara Kotsu).