The capital city of Nagano Prefecture on the island of Honshu, Nagano is a popular tourist city that welcomes about a million local and foreign tourists every year. It has temples, shrines and many ski resorts in the vicinity. In 1998, it hosted the Winter Olympics and many of the facilities and structures used then are still standing. 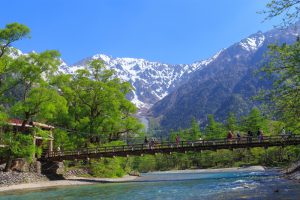 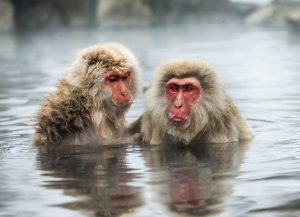 Considered to be one of the most important temples in Japan, Zenkoji is a 7th century Buddhist temple that houses a Buddha statue, the first to arrive in Japan, that was brought to the country in the 6th century. A symbol of the city’s evolution into a temple town, Zenkojit features beautifully crafted statues of Bodhisattva, Buddha and Rakan. The temple complex includes several gates and a museum, and the streets leading to it are lined with shops and stalls that sell souvenirs and local products.

Go to the Togakushi Shrine

Located in the northwest mountainous part of the city, Togakushi Shrine is an important shrine that is linked to a Japanese myth about the Sun Goddess. It is made up of three shrines: lower, middle and upper, and visitors have to hike up the trails through the forest to get from the lower to the upper shrine.

Check out the Olympic Facilities

Many of the Olympic facilities built for the 1998 Winter Games in Nagano still survive today and are used as venues for sports and concert events. They boast unique architectural styles that never fail to pique the interest of visitors. Some notable ones are the M-Wave (home to the Nagano Olympic Museum), Olympic Stadium (a park with a gym and a pool), Big Hat (hosts ice hockey games), and White Ring (a venue for various sports activities).

To learn of the ninja history and culture of Nagano, a visit to the Togakure Ninpo Museum is a must. It features weapons and tools used by the Togakure Ninja, and photos and other artifacts that show the different ninja techniques for infiltration and battle. It also has a Ninja House which contains several secret passages, doors and other contraptions. 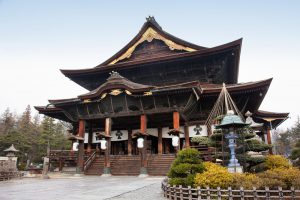 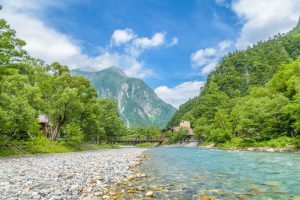 Nagano is served by a number of train companies, including some local JR lines and private railways such as the Nagano Electric Railway and Shinano Railway. It also has several bus lines that offer connections to the different attractions.