The second largest city in Japan, Yokohama is a popular tourist destination best known for its large Chinatown, port, and preserved Western buildings built in the mid-1800s, when Edo Period Japan was finally opened to international trade.

Only about a 30-minute train ride from Tokyo, it is one of the country’s most expat-friendly metropolises. 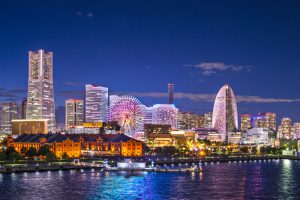 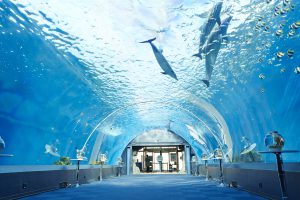 Built on a small nearby island, the Hakkejima Sea Paradise is a theme park that houses a big aquarium that is home to sea lions, polar bears, giant turtles, dolphins, whale sharks, and several other marine creatures. It also consists of many rides suitable for both children and adults.

Learn the history of instant ramen at the Cup Noodles Museum

The Cup Noodles Museum is an interactive museum that educates its guests on the history of instant ramen noodles. It offers the opportunity to try various noodle mixes by allowing visitors to make their own flavors, and also learn how instant ramen products are made and packaged.

Get a taste of local beer at the Kirin Beer Village

Founded in the city of Yokohama, the Kirin Brewery Company is one of the top beer brewers in the country, offering free tours to the public who want to learn everything about the history and production of beer, as well as take part in some free tasting!

Take a stroll at Yamashita Park

With a great view of the bay, Yamashita Park is a wide, open space that spans a length of 750 metres of the port area. It is where the Yokohama Marine Tower and Hikara Maru are found. It also consists of several statues and monuments.

Featuring several historic structures from other parts of the country, Sankeien Garden is a unique traditional Japanese style garden. In addition to its beautiful flower gardens, hiking trails, rivers and a pond, it showcases many tea houses, a well-preserved daimyo residence, and the three-storey pagoda and main hall of the old Tomyoji Temple from Kyoto.

Composed of two large red brick buildings built about a century ago, the Yokohama Red Brick Warehouse today is a multi-purpose space that hosts a variety of events including concerts and theatre performances, and is home to shops that offer brick goods and other products, and several restaurants and cafes. 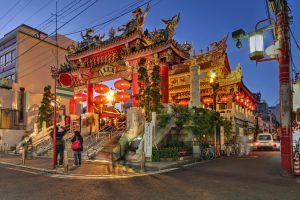 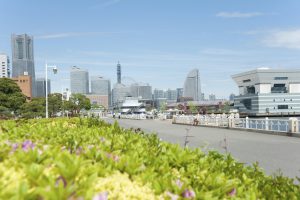 There are two major railway stations in Yokohama: the Shin-Yokohama Station and the Yokohama Station. There is also a subway line, a tourist loop bus network, and boat services (for travels between Yamashita Park, Minato Mirai, and Yokohama Bay Quarter).