The southernmost prefecture of Japan, Okinawa is made up of three groups of islands: Okinawa Shoto includes the main Okinawa Island, also known as Okinawa Honto; Miyako Islands comprises Miyako Island itself and the small islands around it; and Yaeyama Islands, which consists of Ishigaki Island and some nearby isles. It is a popular destination for swimming, scuba diving, snorkeling and other water activities, and its capital city is Naha, which is found on the main island of Okinawa Honto. 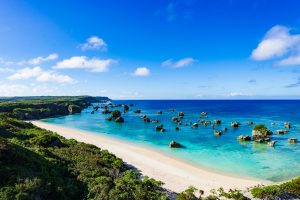 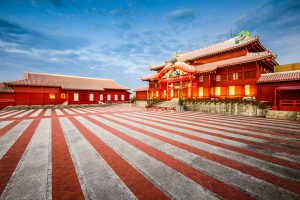 Go to the beaches

Some of the best beaches in Japan are found in Okinawa, so checking them out is a top priority if visiting this part of the country. The fine sand beaches are fringed with palm trees and offer a variety of activities, including diving, snorkeling and other water sports.

Considered by many to be the best aquarium in Japan, the Churaumi Aqurium in Okinawa Honto is a popular attraction that houses a diverse collection of marine life, including manta rays, whale sharks, bull sharks, tiger sharks, manatees and sea turtles.

Go to the War Memorials

Okinawa Honto saw one of the bloodiest fights towards the conclusion of World War II, with around 200,000 people killed, and it is now where a Peace Memorial Park in honour of the victims stands. The complex consists of many monuments, museums and statues that remember the fallen and commemorate the tragedy.

Visit the different castles on the islands

During the reign of the Ryukyu Kingdom in Okinawa, several castles were constructed across the region. Today, one of them still stands (the Shuri Castle in Naha) while many others have been mostly destroyed (Nakagusuku Castle Ruins, Zakimi Castle Ruins, Katsuren Castle Ruins, Nakijin Castle Ruins). All of these are UNESCO World Heritage Sites.

To learn about the culture of Okinawa, visit Okinawa World, a theme park known for its large natural cave, which is about 5 kilometres long and features stalagmite and stalactite formations; a snake museum, which has displays of numerous snakes and a snake show; and a craft village, which offers hands-on workshops on dyeing, pottery, weaving, paper making and other activities. 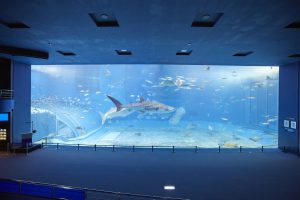 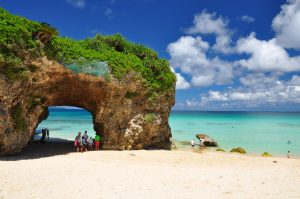 There are several ferry and boat services that link the many islands of Okinawa, and there are also buses and rental cars available for travelling within the main island.