Situated on the southwestern tip of the island of Kyushu, Kagoshima is the largest city and capital of Kagoshima Prefecture. It earned the nickname “Naples of the Eastern World” because of its location on the bay, humid subtropical climate, and presence of an active volcano, Sakurajima, which last erupted on 5 February 2016 and continues to emit large volumes of volcanic ash. 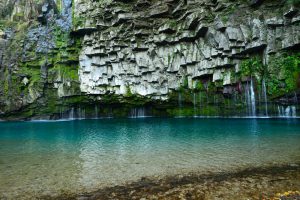 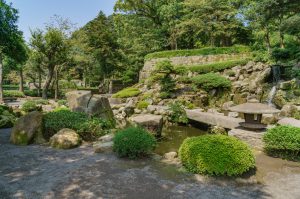 The Senganen Garden is a Japanese-style garden that was built in 1658 by the powerful feudal family, Shimazu, during the Edo Period. It features a bamboo grove, shrines, streams, ponds and borrowed sceneries of Kagoshima Bay and Sakurajima. In the middle of the garden complex stands the Iso Residence, which served as the Shimazu Clan’s main residence after the feudal period.

Go to the Kagoshima Aquarium

Inaugurated in 1997, the Kagoshima Aquarium is a seven-storey building situated adjacent to the Kagoshima Port. It offers a variety of attractions, including the large Kuroshio Tank, which serves as home to several schools of fish, a massive whale shark and rays. It also has exhibition areas dedicated to mangroves, coral reefs, sea otters and other marine life.

For information on Kagoshima’s culture and history, a tour of the Reimeikan Museum is a must as it houses a wide collection of exhibits that tell the region’s story, starting from ancient times and continuing to the present. It stands on the former Kagoshima Castle site, with portions of the stone walls and moats still surviving. 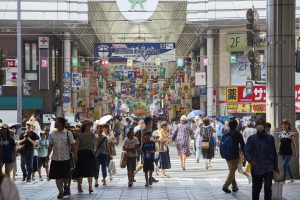 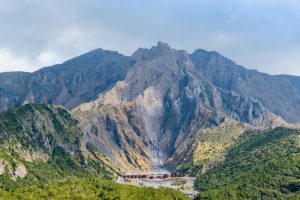 Kagoshima is served by two tram lines, trains and buses. For easy access to the city’s top attractions, the City View Buses provide fast and direct connections to the most popular spots, starting at Kagoshima Chuo Station. A one-way bus ticket costs 190 yen, and a one-day bus pass costs 600 yen.