A city situated in the northern part of Kanto, in Tochigi Prefecture, Nikko serves as the gateway to the Nikko National Park, which is best known for its beautiful and unique mausoleum and shrine of Tokugawa Ieyasu. In addition, it is also home to many hot springs and is surrounded by mountains and forests, offering amazing natural scenery. 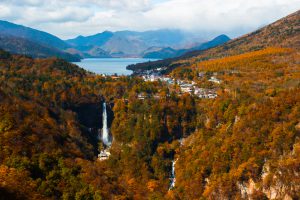 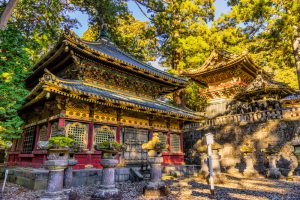 Go to the Toshogu Shrine

The site of the resting place of the powerful leader of the Tokugawa Shogunate, Tokugawa Ieyasu, the Toshogu Shrine is an important landmark in the city of Nikko. It is a vast shrine complex in the forest and is made up of several buildings. Its structures, such as a five-storey pagoda, storehouses and gates, are lavishly decorated, with designs and carvings that can only be seen at this site. Three of the most famous of these unique carvings are the Sozonozo Elephants, the Nemurineko and the monkeys.

A small theme park that depicts life in Japan during the Edo Period, Edo Wonderland comprises traditional, Edo-style shops, museums and restaurants, with park staff and employees dressed in Edo Era costumes. Visitors can also rent costumes for a fee to more fully experience life during the 1600s to 1800s; wearing traditional Japanese attire while touring the park’s attractions. Other facilities available are souvenir shops that sell toy weapons, teapots and woodblock prints; a live show theatre; and wax museums that feature torture and prison scenes from the battle years.

Taiyuinbyo is the resting place of Tokugawa Iemitsu, grandson of Ieyasu and third shogun of the Tokugawa Shogunate. Just like Toshogu Shrine, it is adorned by intricate designs and styles. Its architecture and layout are a fusion of Shinto and Buddhist influences, with walking paths that lead to the different gates, towers, halls and the mausoleum.

Considered to be the most important temple in Nikko, the Rinnoji Temple is an ancient Buddhist structure founded by a monk named Shodo Shonin, who brought Buddhism to the city back in the 8th century. Its main building is known as the Sanbutsudo and is where large, gold-coated, wooden statues of the three mountain deities of Nikko are kept (Bato-Kannon, Senju-Kannon, and Amida).

Just a few minutes’ walk from Toshogu is the Futarasan Shrine, which is a shrine founded by the same Buddhist monk who brought Buddhism to the city (Shodo Shonin). It is a structure that honours the deities of the most sacred mountains of Nikko — Mount Taro, Mount Nyoho and Mount Nantai. 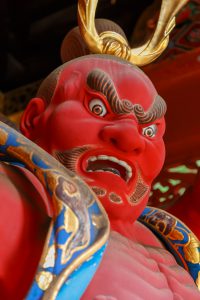 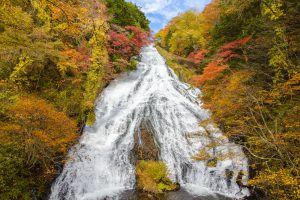 Bus services link the various attractions around Nikko. A one-way ticket for travel within central Nikko costs 310 yen, and a one-day bus pass costs 500 yen. For visitors going to farther destinations from the city centre, such as Yumoto Onsen, a one-way ticket costs 1,150 yen and a 2-day pass is 3,000 yen.