Japan covered in snow is a magical sight. If visiting during winter, here is a sample 7-day Japan Rail Pass itinerary to help you make the most of your trip:

If you are flying in to Narita Airport, you can immediately exchange your Japan Rail Pass voucher at one of the JR Ticket Offices (found at airport terminals 1, 2 and 3). Request that the pass be activated on that same day, so that you can use it to acquire a seat reservation on the next Narita Express to take you to central Tokyo.

There are so many things to see and do in Tokyo. The city has numerous attractions that cater to a wide array of hobbies and interests.

To get full benefit from your JR Pass, consider prioritising visits to those spots located along the JR Yamanote Line and other JR Lines that serve the city.

For instance, the Imperial Palace and the Imperial East Gardens are about a 10-minute walk from Tokyo Station. The Tokyo Government Building, the Shinjuku Gyoen, Golden Gai, and Kabukicho are all less than a 20-minute walk from Shinjuku Station. The famous Shibuya Crossing and the Hachiko statue are found right outside Shibuya Station. Shops and stores that sell electronic goods, anime collectibles, manga, and cosplay costumes are abundant around Akihabara Station and Ikebukuro Station. Ueno Park, Ueno Zoo, Tokyo National Museum, and a number of shrines and temples are just a stone’s throw

Yokote is a city located in the southeastern part of Akita Prefecture. For about five centuries now, it has observed the Yokote Kamakura Festival, a spectacle that features snow houses shaped like igloos, known as kamakura, constructed at different spots in the city, such as along the Yokote River and at the Minami Elementary School. Each kamakura has an altar where visitors can leave offerings for the water deity after enjoying a quick bite of rice cakes and amazake presented by the children.

From Tokyo Station, you can get to Yokote by taking a Shinkansen to Omagari Station, and then boarding a train on the JR Ou Line going to Yokote Station. The one-way journey takes about four hours and is fully covered by your JR Pass. 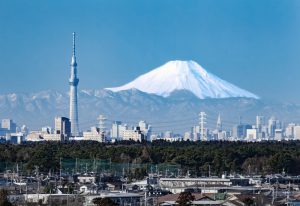 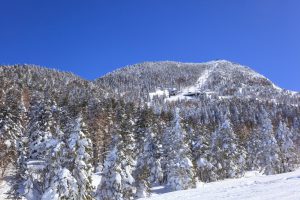 Tokamachi Snow Festival is a three-day annual event, from 17–19 February, held in the city of Tokamachi in Niigata Prefecture. Every winter, Tokamachi is transformed into a winter wonderland of snow and ice sculpture displays built across the city, similar to the Sapporo Snow Festival. However, unlike Sapporo, it sees fewer crowds and offers a more homely and less commercial vibe.

From Yokote Station, take the JR Ou Line to Omagari Station. Transfer to a Shinkansen going to Omiya Station in Saitama, and then take another Shinkansen to get to Echigo-Yuzawa Station. This portion of the journey is covered by your JR Pass. Then, at Echigo-Yuzawa Station, take the Snow Rabbit Line or the Hokuhoku Line to reach Tokamachi Station (one-way ticket costs 620 yen). Total time for the entire one-way trip is five and a half hours.

Situated about a 10-minute walk away from Tokamachi Station is the Community Hiroba, which is the largest of the 20 or so Tokamachi Snow Festival sites. In addition to several themed snow sculptures, it also has rides, amusement areas, and food stalls. One kilometre away is the Welcome Hiroba, another festival site that provides snow sculpture displays and a snow slide, and holds shows and performances.

While walking is a common method to get from one festival site to another, there are also buses that can take you to the sites outside the city centre. You can get a one-day unlimited bus pass for 300 yen.

Next city on the itinerary is Kanazawa, which is Ishikawa Prefecture’s capital and a historic city that served as the seat of the second most powerful clan in Japanese history (after the Tokugawa), the Maeda, during the Edo Period.

Today, it offers numerous beautiful and well-preserved centuries-old structures, including the Kanazawa Castle, the seat of Maeda Clan during the Edo Period; the Kenrokuen, one of Japan’s top three most beautiful landscape gardens; Nagamachi, the city’s samurai district; and Higashi Chaya, the largest chaya district in Kanazawa.

For convenient access to these attractions, it is recommended that you purchase a one-day bus pass that costs 500 yen and allows unlimited rides on the Kanazawa Loop Buses and the Kenrokuen Shuttle Bus. 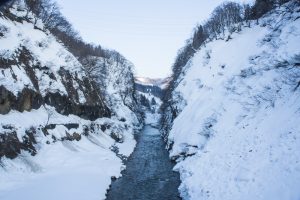 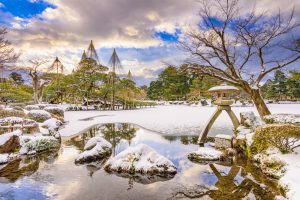 To get to Narita Airport from Kanazawa Station, take a Shinkansen to Tokyo Station, and then catch the Narita Express headed to the airport. The trip takes about four and a half hours and is covered by your JR Pass.