How to Travel by Train in Japan

Japan is world renowned for its highly efficient railway system. Most of the country is covered by extensive rail networks, with train lines operated by various companies that enable fast and convenient intracity and intercity travels.

There is at least one JR Station in most Japanese cities and in large urban and touristy areas, such as Tokyo, Osaka, Kyoto and Nagoya, these train stations have more to offer. For instance, Shinjuku Station, Kyoto Station and Nagoya Station are all mall-like complexes with luxury hotels, shopping malls, cinemas, restaurants, bars, cafes etc. within their multi-storey buildings. 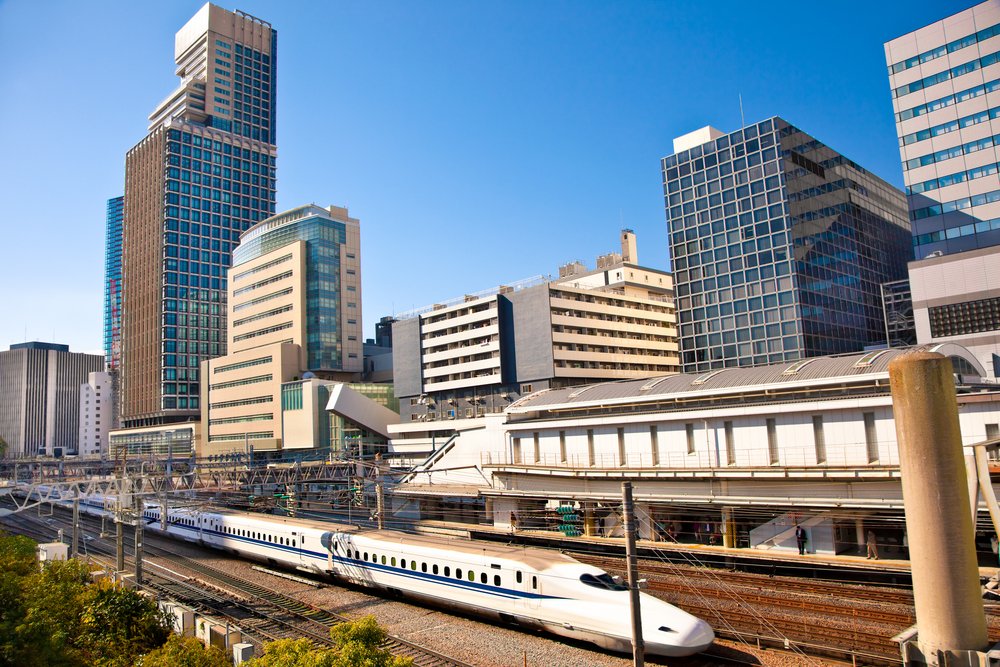 Many Japanese cities have rail systems that are operated by privately-owned companies, in addition to JR. As an example, in Tokyo there are two subway systems running: the Toei Subway and the Tokyo Metro.

Bear in mind that not every train station serves all railway lines in a city. At Shinjuku Station there are several JR lines, two Toei Subway lines and a Tokyo Metro line, but at Asakusa Station, only the Tobu, Toei Subway and Tokyo Metro networks operate. 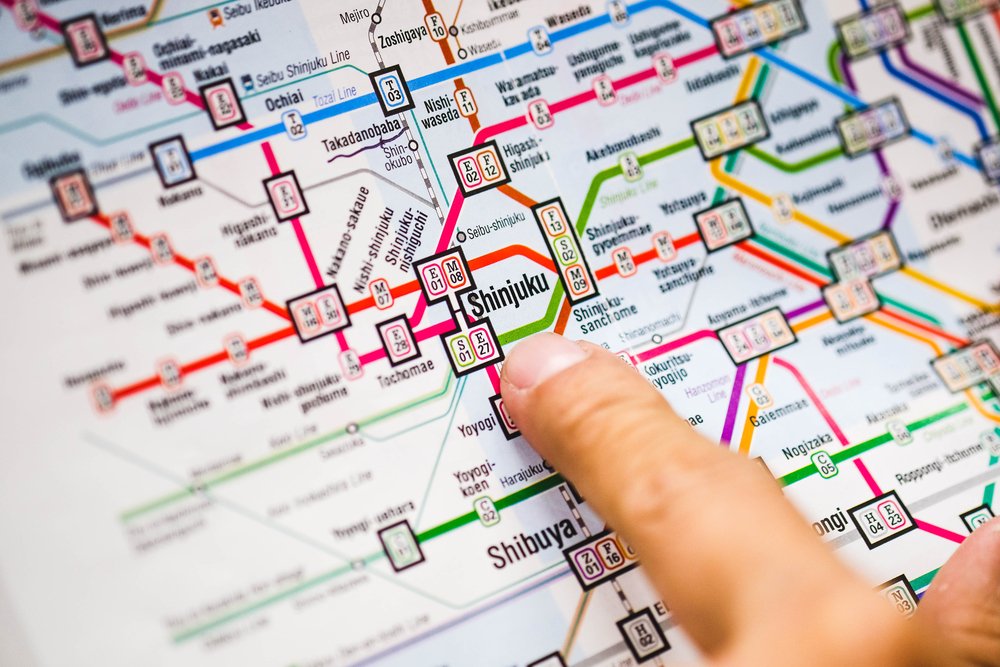 How to buy a JR ticket

There are ticket vending machines (with an English language option) close to the JR ticket gates. To verify the fare to your destination, examine the map above the machines. Once you have determined how much to pay, select the correct amount on the screen, insert bills or coins into the slot, and wait for your ticket and/or change.

If you made a mistake and bought the wrong ticket, you can settle the difference once you get to your destination through the fare adjustment machines found near the ticket gates.

If you plan on doing extensive travel around the country it is recommended to buy a Japan Rail Pass.

How to buy a subway or metro ticket

The process for buying tickets for the metro or subway is the same as the one for JR: look for the vending machines beside the ticket gates, determine your fare by studying the map above the machines, push the correct button on the screen, and insert your money. If you buy the wrong ticket, you can use the fare adjustment machines once you arrive at your destination.

Purchasing tickets every time you take the train can be time consuming, so consider getting yourself an IC card.

In Japan, there are different kinds of IC cards available, including the Pasmo and the Suica (which you can buy in Tokyo), the PiTaPa and the Icoca (Osaka), and the Manaca and the Toica (Nagoya). However, most of these IC cards can be used interchangeably wherever you are in Japan. This means that if you buy an Icoca card in Osaka, you can use it for train travel even in Tokyo, Hiroshima, Nagasaki, Kagoshima, and several other cities.

These IC cards are available at ticket vending machines, manned ticket counters and convenience stores. They can be topped up through the vending machines that accept charge amounts in increments of 1,000 yen. Insert your IC card into the designated slot, choose the “charge” option, and insert your money. 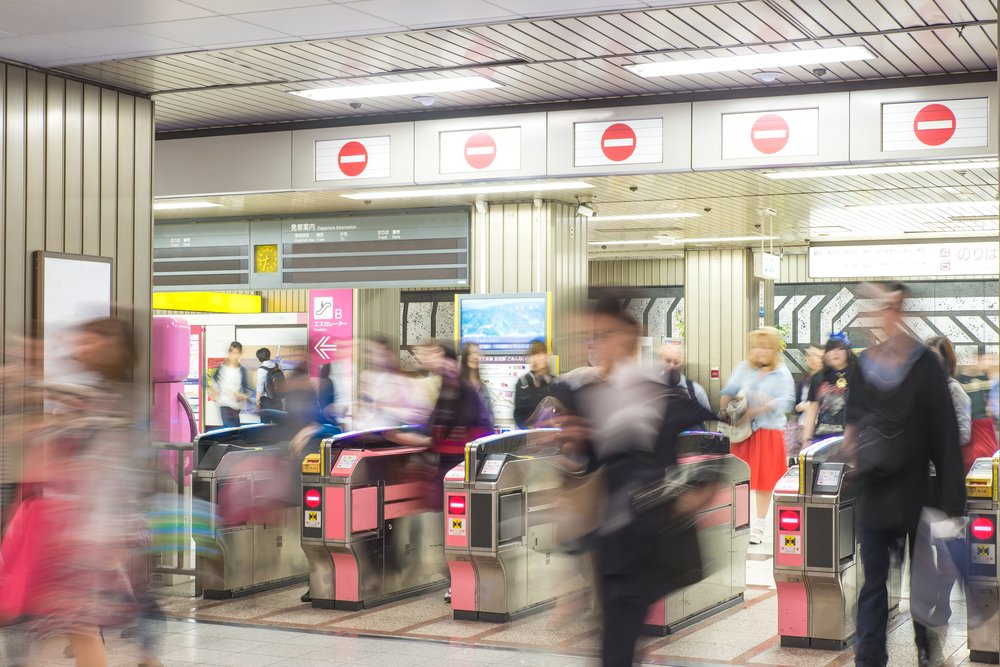 To transfer from one JR line to another JR line, look for the signs (which can be found on the walls or hanging from the station ceiling) that indicate where you should go. Usually, you will not need to exit the ticket gates to be able to do this. However, if transferring from a metro or subway line to a JR line (and vice versa), you need to exit the ticket gates and find the correct ticket gates to the next platform. Remember, always look for and read the signs around the station to avoid getting lost and getting on the wrong train.

The different rail networks have different kinds of trains that are categorised according to how quickly they can take you to your destination. 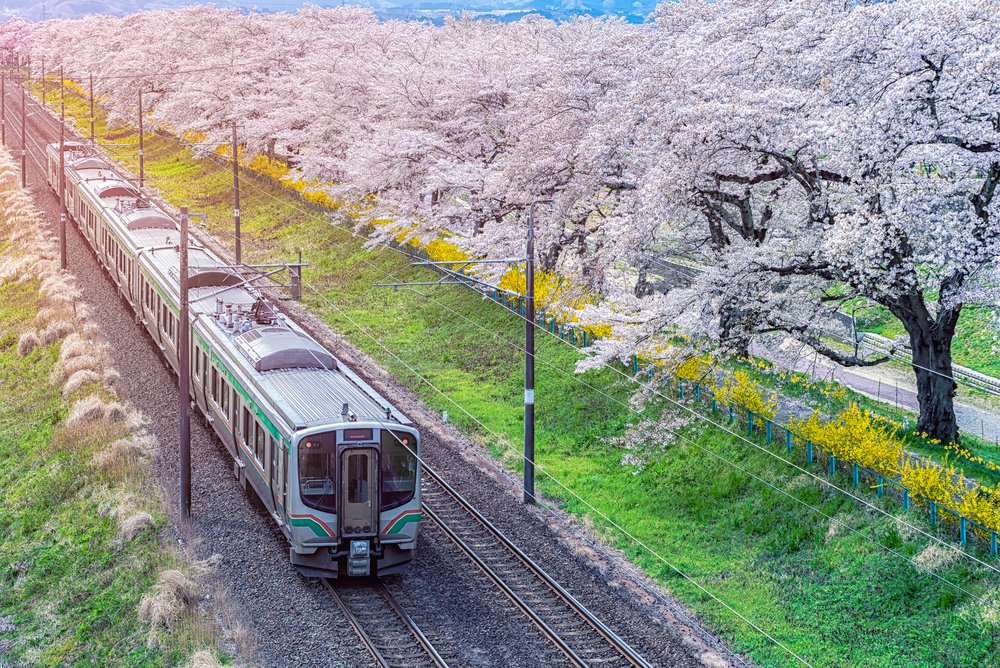 Apps to help you navigate the Japanese rail network